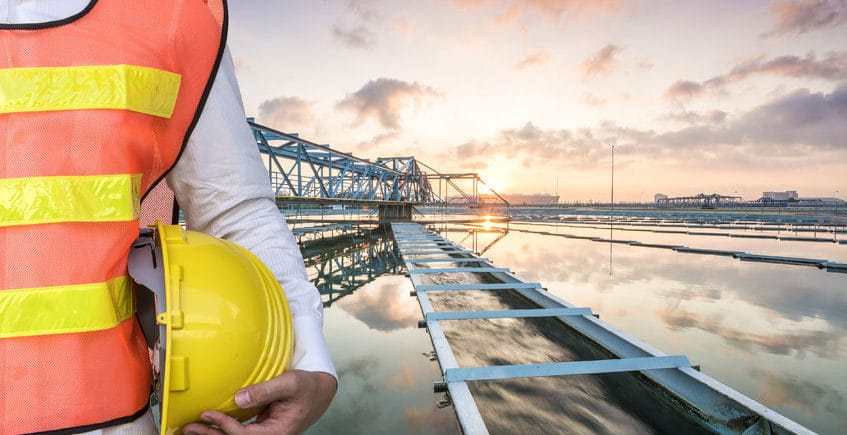 In 2011, things were going well for Yarra Valley Water in Melbourne, Australia. The publicly-owned water corporation—responsible for water and sewage services to 2 million Australians—had taken significant strides in performance. But the MD’s desire to move from good to extraordinary would require a significant shift in performance.

Challenge: Take a strong performance culture and turn it into extraordinary business results

Objective: Align the organization behind a strong, clear strategy and develop leadership to ensure delivery of the all-important business results

Results: Company now ranks in the top 2% of organizations with a proactive mindset for change and staff engagement now scores in the Australia/ New Zealand Top 20, Water quality complaints are down 30%, hardship customers assisted up 36%, Serious Injury Frequency Rate is down over 80% and Operating expenditures – Down 20%. IT insourcing cost savings of $2 million annually.

In 2011, things were going well for Yarra Valley Water in Melbourne, Australia. The publicly-owned water corporation —responsible for water and sewage services to 2 million Australians—had taken significant strides in performance. General Manager for People and Culture, Anne Farquhar, had spent a decade dedicated to transforming the work culture, with promising advances.

The work initially began following a disaggregation of the water industry. Plans to privatize had been suddenly scrapped by the government, and as Anne recounts, “The organization was thrown by the change and lacked purpose and direction. The Managing Director hired me with a mandate to create a culture capable of high performance and innovation.” Through a combination of internal programs, working with leadership consultants, and utilizing a globally recognized culture measurement tool, that’s exactly what she did.

So in 2011 when Anne turned to JMW for help, it wasn’t because they needed a complete turnaround. But there was tremendous room for growth. “We saw the potential for real breakthrough,” she explains. “We had a strong performance culture, but needed to translate it into extraordinary business results.”

The biggest problem, from JMW’s perspective: While there wasn’t a burning platform, there was an element of unrest and a desire to do more. Anne saw opportunities—too many service interruptions, leaks, and customer complaints; too many hardship customers not getting help; not enough revenue from customers able to pay. A 2011 culture survey showed a decline in results, and the organization needed a new strategic direction.

As Anne recounts, “Although we were already pretty good, we were determined to elevate performance. The opportunity had to be framed in a way that would get people out of the ‘drift’ of everyday work and motivate them to take us beyond what they thought was possible.”

“It was one of those rare instances where you’re working with an already successful organization who on the one hand doesn’t really need to change, yet is firmly committed to changing,” comments JMW’s lead consultant on the engagement, Conrad Amos. Yarra Valley Water senior leaders and JMW agreed that dramatically elevating performance would require (1) articulating a strong, clear strategy, (2) leadership taking an unwavering stand for that strategy, (3) evoking an embrace of the strategy throughout the organization, and (4) developing leadership to ensure delivery of the all-important business results.

Anne worked with JMW to pull together 40 key leaders, including executives, divisional managers and team leaders.

In parallel, the focus was on both establishing a “2020 Strategy” and developing the leadership required to champion the change. In these early interactions, there was “some real grappling, and crawling before we could walk,” Anne recalls. There was no instant gratification, but with JMW’s support, Yarra Valley Water became clearer and clearer about what was of fundamental importance to them as an organization—and the culture and leadership that would be required.

The strategy work included one-on-one coaching of the Managing Director, as well as a top leader who would become his successor. Sessions with senior executives resulted in a strategy with a bold landscape of targets, and a commitment to “smash productivity targets.” In 2013, with backing from the Board, leadership across the enterprise began working with their teams to put the strategy into action.

The effort also focused on specific business initiatives such as a major IT implementation requiring across-the-board buy-in, as well as development and coaching for all people managers.
The work with managers became especially important in 2014, as the senior team made a critical decision to loosen the reigns. Headed up by newly-appointed Managing Director Pat McCafferty—a longtime general manager and change agent in the organization—the executive team delegated operational execution of the strategy to divisional managers so that senior leaders could focus on the next horizon for the organization. Anne’s team and JMW also co-designed and co-facilitated training in breakthrough thinking and “difference-making conversations” to further equip managers in their more autonomous roles. Off the back of this training, divisional managers recommended—and received executive endorsement for—even more aggressive targets than in the original strategy.

With each business success, the collaboration evolved, defying the formulaic and generating increased momentum.

We’ve had so many companies and government agencies come to us wanting to replicate what we’ve done,” Anne observes. “They want the recipe, the steps to take from A-Z. But it wasn’t like that. We gave life to it as we grew. And JMW was there to guide us without stepping all over us. It was a big step up in thinking; it took us to places we hadn’t been before.

READ THE SUMMARY
This site uses cookies to improve site functionality. By using this Site or clicking on "OK", you consent to the use of cookies.OkPrivacy policy